For Decodoku:Colors, or a Z10 training game in Decodoku
The extended tutorial below is written for the apps Decodoku and Decodoku:Colors. For more information about Decodoku:Puzzles, see here.

If you are playing Decodoku, simply read on. If you are playing Decodoku:Colors, there are a couple of things to keep in mind when reading this tutoral. The first thing is that you always see the colours in Decodoku:Colors (hence the name). The second is that the numbers are hidden, since you never have to work out the groups yourself. Other than that, it's just the same as a Z10 training game in Decodoku.

When playing the game, the first sight greeting you will be something like this: Some numbers on a grid. 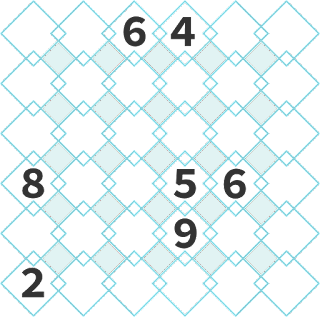 If you stare at these long enough, you might notice that there are three groups of numbers here. Let's put them in different colours.

If you want to see these colours in a Decodoku game, use the practice mode. 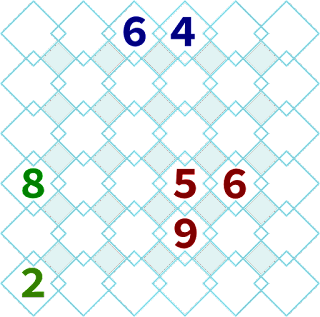 These groups are all pretty small. The 6 and the 4 are only one step from each other. The 8 and the 2 are only two steps apart, and so on. The groups also all add up to a multiple of 10.

This is what we can always expect in this game. Numbers come in small groups that add up to a multiple of 10. It's your job to find them.

As time goes on, more numbers come. More groups will come, and old ones will get bigger and change shape. Something like this. 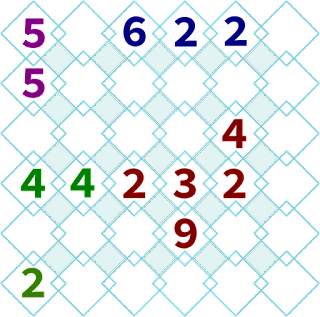 If groups get too close, they can also combine. 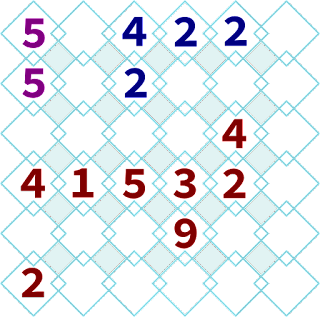 Once a group gets so big that it spans the grid (top to bottom or left to right), the game ends. For example: 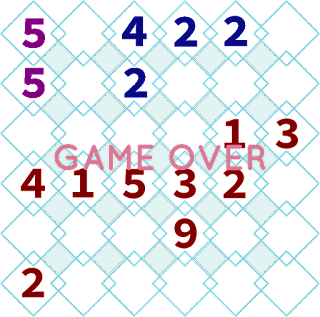 To keep the numbers under control, you can move them around. Just click and drag from one square to a neighbouring one.

When two numbers combine, they add up. Multiples of 10 disappear. You can use this to keep the groups small, or even get rid of them.

But remember that you won't have the colours telling you which group is which (unless you choose a practice game). Instead, you have to work out the groups yourself.

To help you keep track of the groups, you can colour them yourself. Simply click on them to cycle through a range of colours. And when the different colours run out, it'll go through them again but in italics, allowing you to distinguish between over 20 different groups.

Tutorial for the game Φ-Λ

The game Φ-Λ is pretty much the same as ℤ10. The only difference is that you get less information about the numbers. 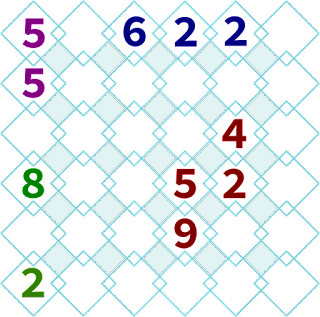 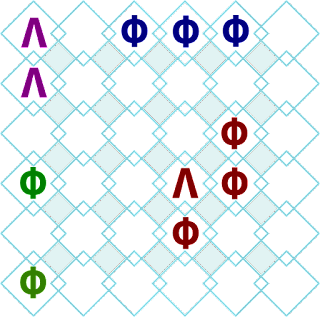 Our game takes place in a quantum computer, which are unfortunately pretty noisy things. They have far too many errors to solve even the simplest of problems. But we can help them. We can find clues about the errors that have happened and work out where they are and how to get rid of them.

Now you know enough to play the game and try to get a hig score. The higher your score, and the the more often you get a high score, the better.

This blog and the puzzle were developed by me, Dr James Wootton. I'm a scientist at the University of Basel, where I do research on quantum error correction. The project is supported by the NCCR QSIT, which supports research on quantum technologies in Switzerland. See here for more information on the Decodoku project
Posted by Decodoku at 06:38